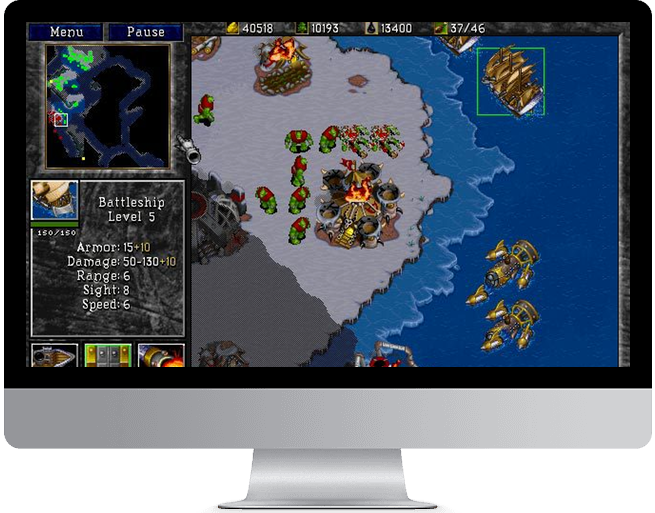 We got our start in the gaming business by making levels and mission packs for major video games. The Warcraft II add-on "Total War" was one of our biggest mission packs that we created.

Published by Microstar Software under their CrystalVision label, Total War was a massive expansion to the Warcraft II universe.

We invented the ground and pound mode of play in Warcraft, where all encompassing forces would meet to overwhelm opposing forces within the true meaning of Total War.