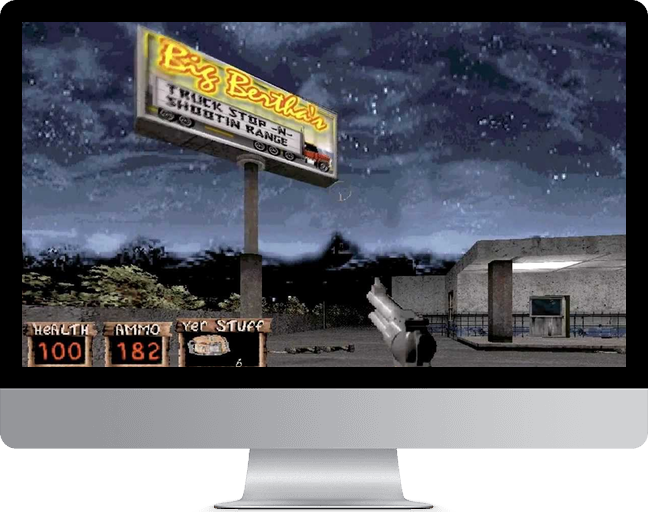 So You Wanna Be A Redneck

Sometimes you just need to let your hair down and have some all American fun. That's exactly what we did when we created the video game "So You Wanna Be a Redneck".

A fully licensed add-on to the popular video game Redneck Rampage. We used the Duke Nukem 3D "Build" game engine to create the #1 best selling add-on for Redneck Rampage in 1997. 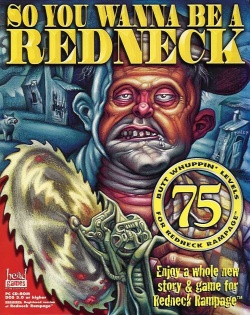 Redneck Rampage was critically acclaimed as an irreverent but very humorous "psychobilly" adventure. Its tongue in cheek caricature of redneck southern lifestyle made this game a favorite of action gamers as well as people with a light-hearted appreciation for parody of southern culture. 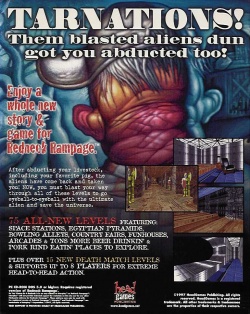 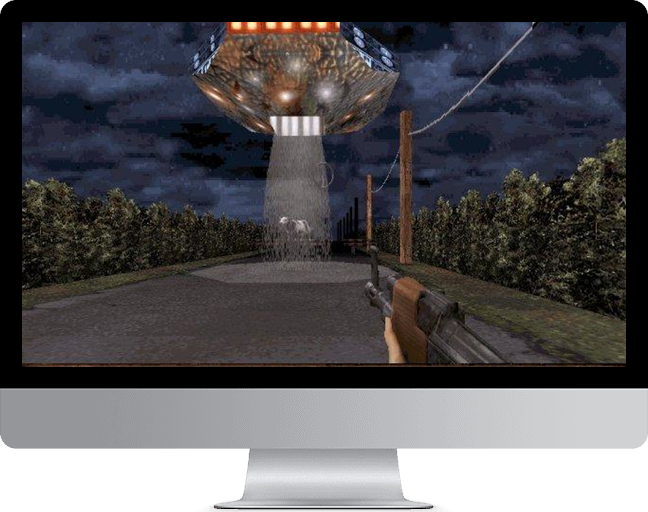 Our extension of Redneck Rampage continues to be one of the wildest redneck adventures ever created. Exploring the phenomenon of alien abduction (livestock in this case), So You Wanna Be a Redneck takes the player from the Ozark foothills to the pyramids of Egypt.

We explored the many stereotypes of redneck culture, while also providing the user with an immersive and enjoyable 3D gaming adventure.

In 1998, Redneck Rampage was nominated for the very first Academy of Interactive Arts and Sciences Computer Action Game of the Year.

Computer Action Game of the Year