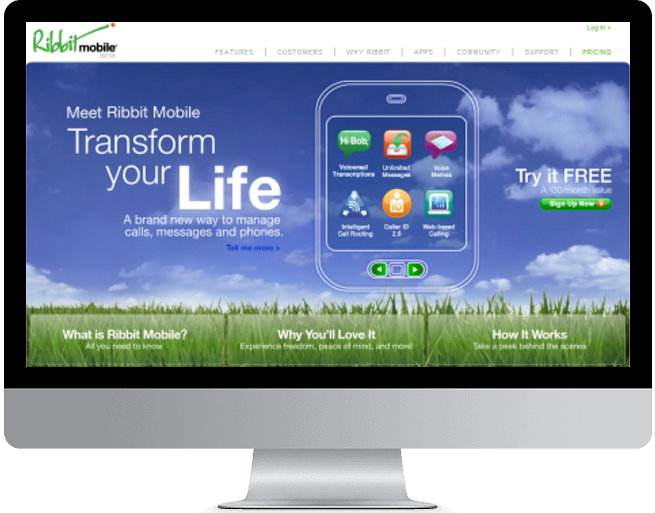 Ribbit - Silicon Valley's first phone company - came to us when they needed a user interface for their online telecommunications platform.

Their goal was to make a simple and stylish interface that allowed users to merge all of their phone numbers (work, home, cell phone, etc.) with other online telecommunication services like Skype, Google Voice, Facebook, Twitter, etc.

All Your Phonelines Together in One Place 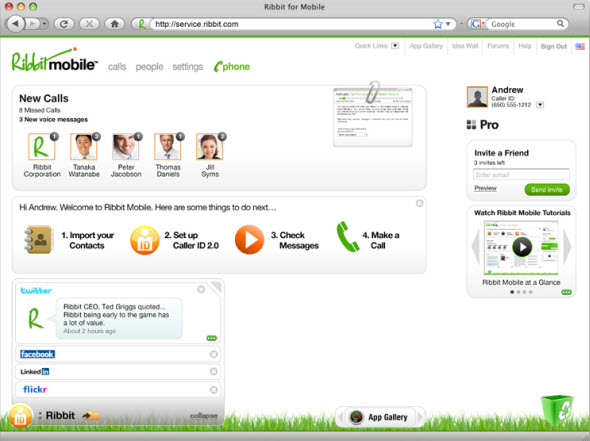 Users with a Ribbit account could track all of their calls and contacts, as you would expect from any telecommunication application. But they could also transfer calls between services.

A user could receive a call in their office, transfer it to their cell phone, continue the call until they arrive at home, where they could seamlessly transfer the call to Skype. All without the person on the other end of the conversation realizing anything had happened.

One Dashboard, All of Your Calls

Users could decide which devices to ring when receiving a phone call. When a phone call is placed to a user's Ribbit phone number, they could set it up for Skype and their work desktop phone to ring. If those phones don't pick up, the user could then have their cell phone or their home office phone ring.

If the user still isn't available, then Ribbit would handle the voice mail, transcribe it and send it to the user via SMS.

In 2008, Ribbit successfully exited the startup space when they were acquired by British Telecom for $105-Million dollars.