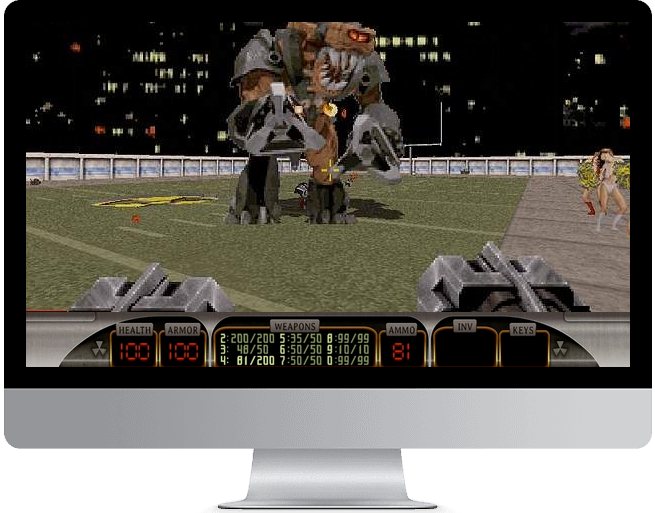 Nuke It was our first major retail hit. Back in the day, when software was boxed and sold in stores like CompUSA, NukeIt was the #4 best selling software in CompUSA in July 1996. 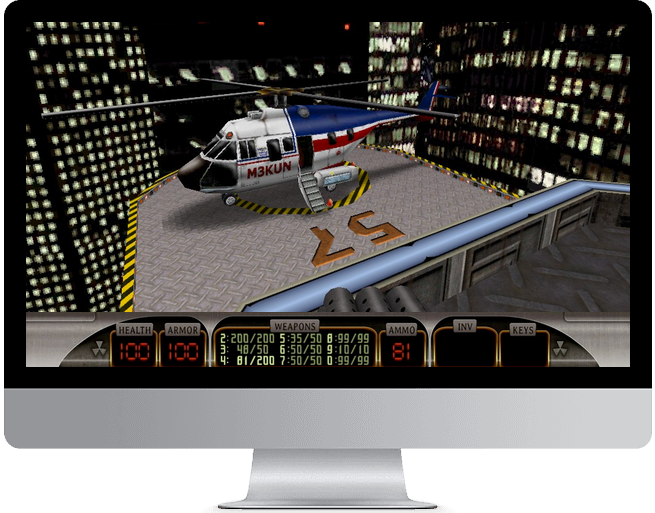 We created a whole new gaming experience for fans of DukeNukem 3D. Nuke It expanded the world of DukeNukem while adding new elements of multi-player gaming that blazed the trail for 3D games for years to come. 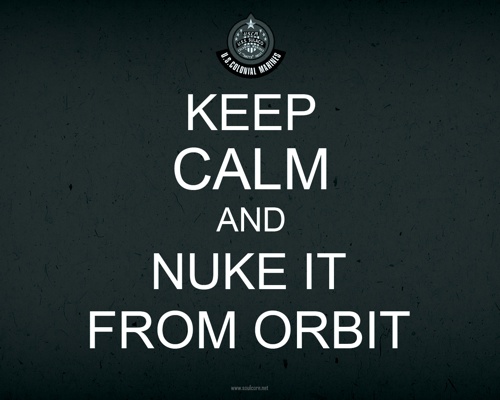 Nuke It was the #1 best selling mission pack for DukeNukem 3D and became the #4 best selling software (game or otherwise) in CompUSA for three months running.